Home LITERARY PROCESS LITERARY NEWS "The best of of this world is for children" - the ... 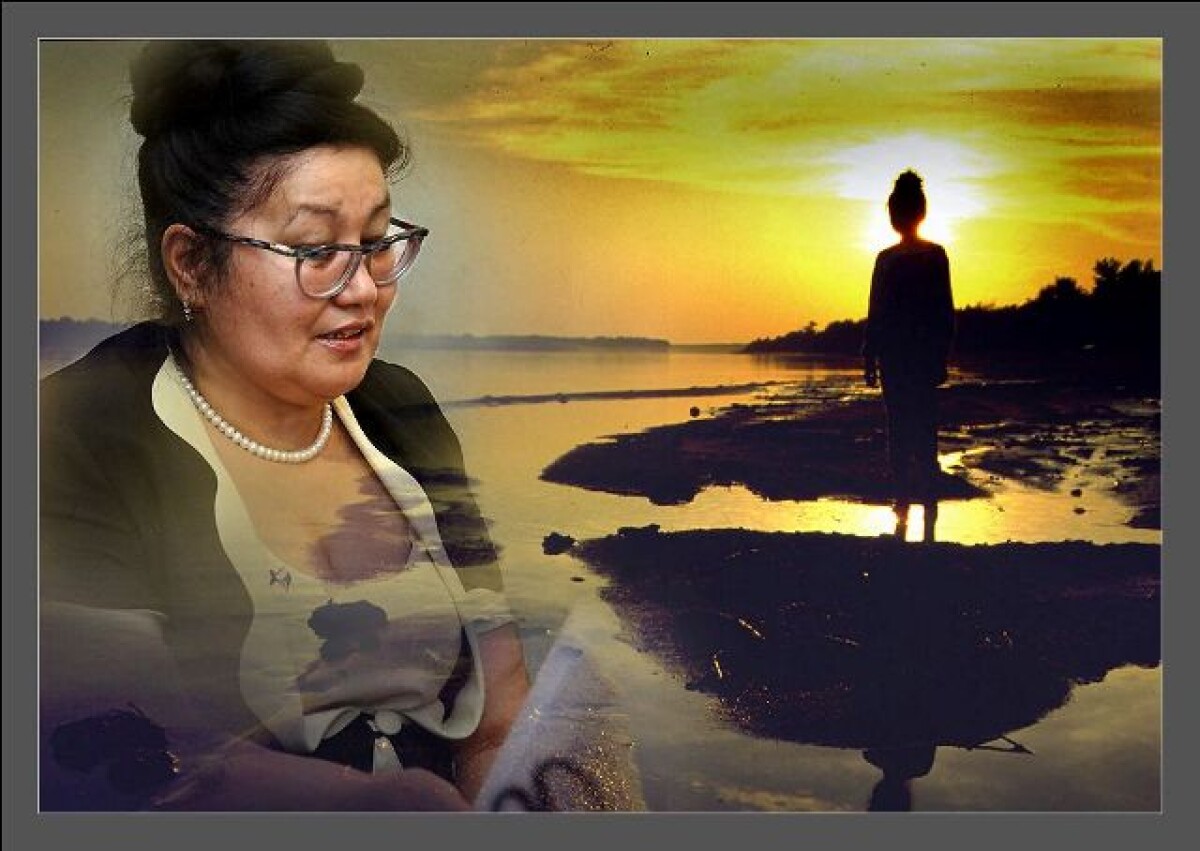 Today, June 14 at 15:00 Astana time in the Center of children's creativity "Shanyrak" National Academic Library held a poetry evening dedicated to birthday-  the 65th anniversary of the birth of the winner of a literary award "Daraboz", the famous children's writer Dariya Dzhumageldinova. 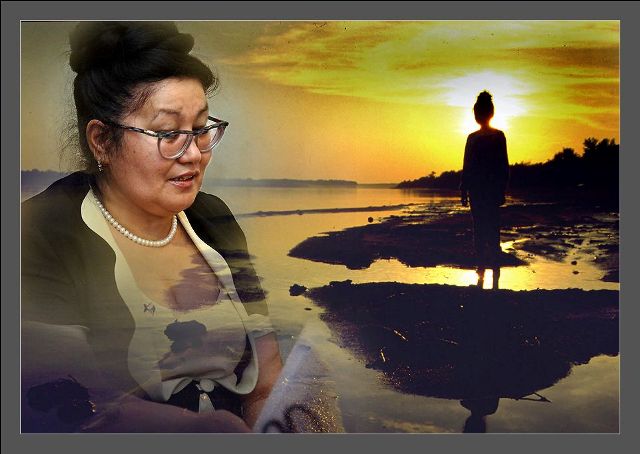 Dariya Tukenovna Dzhumageldinova - known not only in Kazakhstan but also in CIS countries -  children's writer.She was born June 14, 1951 in the city of metallurgists - Temirtau. Currently, she and her  family living in the capital of Kazakhstan - Astana. Dariya Tukenovna is having many children mom, so to speak, "the hero-mother ", she raised five children. 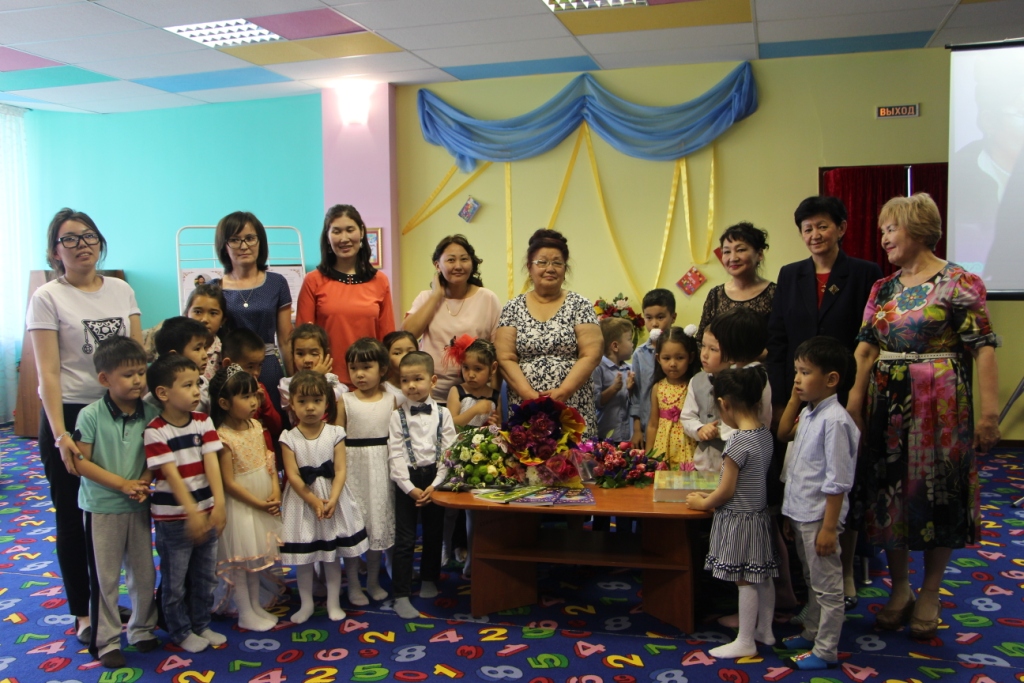 She can rightfully be called one of the most interesting and original writers of children's literature in the countries of former Soviet Union. It is fact that not in vain, and certainly it is no coincidence that Dariya Dzhumageldinova called  - "Kazakh Agnia Barto".

The range of creativity of the writer is extremely wide and varied. This are the poems for children, fairy tales and fantasies, humorous stories, miniatures, short stories, psychological prose for teenagers and so on. 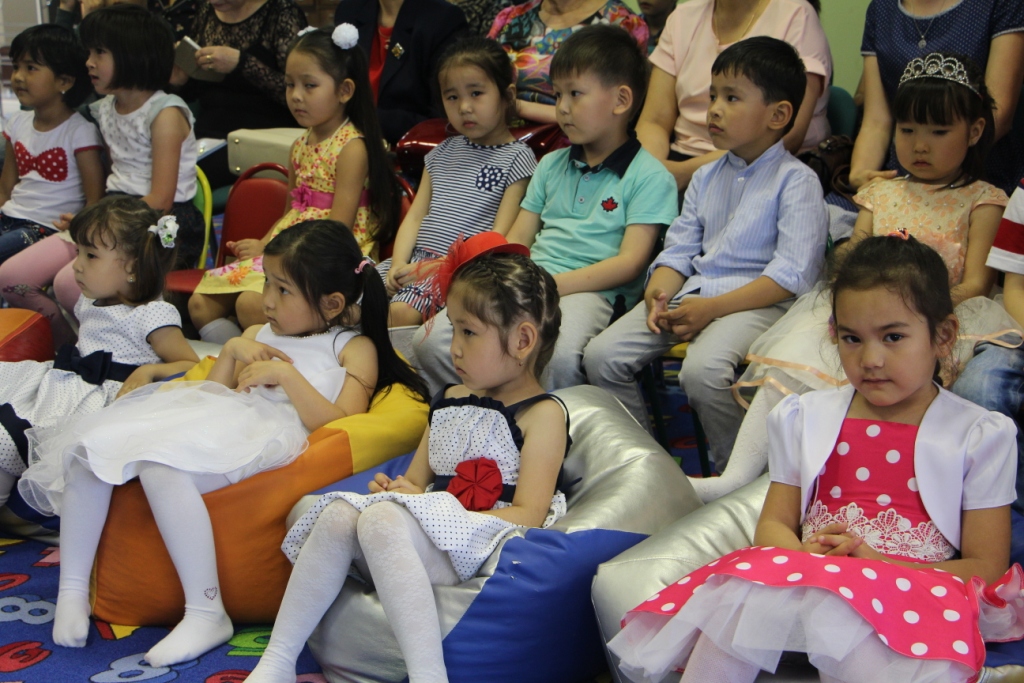 Children's poem by Dariya Dzhumageldinova due to their concept is very imaginative and figurative, bright and sunny, full of warmth and freshness, are easy to remember is  by itself makes you  to read expressively. Thus here like a magic. As if you find yourself in some other more kind and sympathetic areas.

Dariya Dzhumageldinova's poems inoculate a love for beauty of this world. A captivating, emotional and instructive tales and stories of the writer as though written by a "live" language. Constantly attract both children and their parents with their uniqueness. 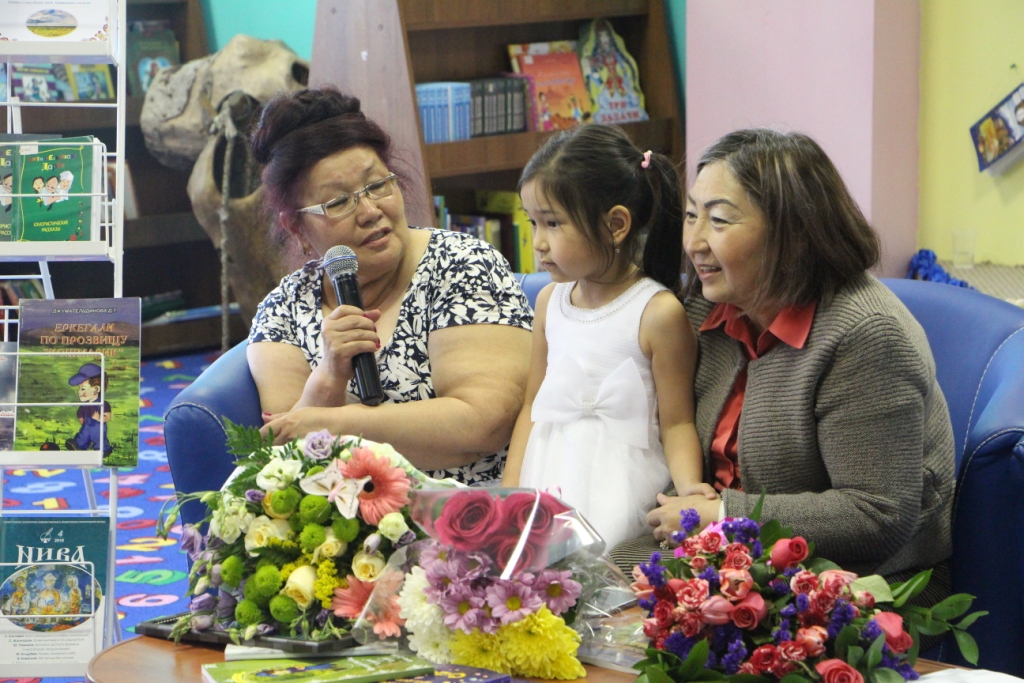 Works of creative work of Dariya Tukenovna Dzhumageldinova were published and printed  in various literary magazines and poetry collections. Such as "Prostor", "Niva", "Teatry.kz", "Komsomolskaya Pravda" and by other publish houses.

In Russia, Dariya Dzhumageldinova known more as a novelist rather than as a poet. She is a member of the Russian Union of Writers. In 2013 she was nominated for the Russian award "People's writer ". Her literary works are included in the gold fund and the top twenty of contemporary children's writers of the CIS countries. 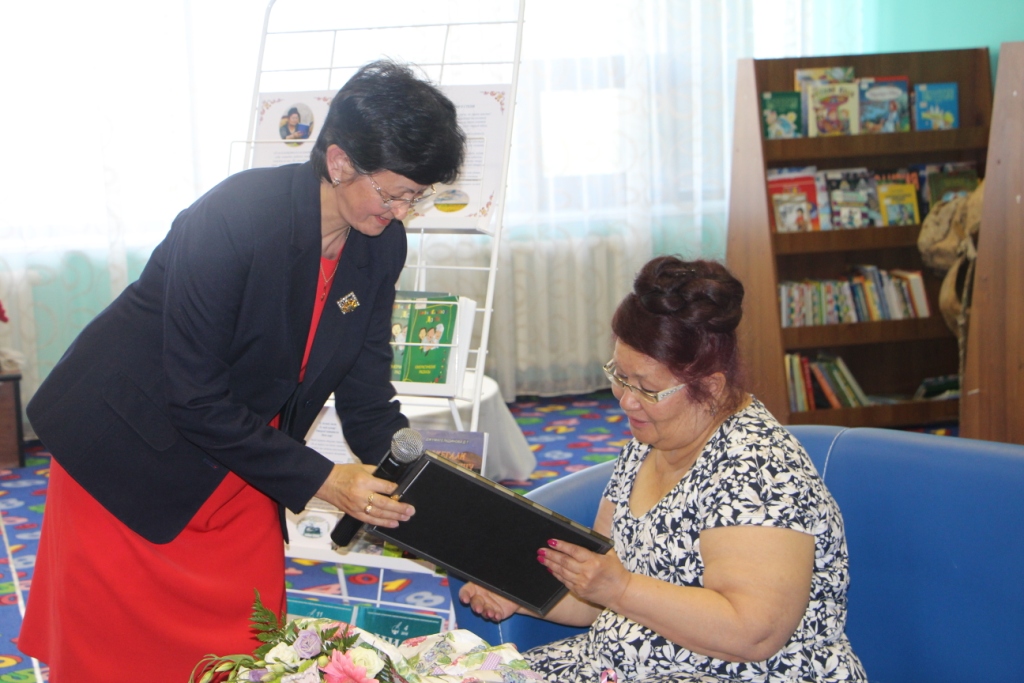 Russians also made playcast to the poem "Kyz kuu" and "Find me mom!", "The Orphan." Twelve fairytales of Dariya Dzhumageldinova published in children's books in five volumes, published in Ukraine, therefore in the publication includes 88 authors of children's fairy tales from around the world. Shakhtinsk composer Z. Nesipbaeva wrote the music to the poem "Watermelon", "Our Azheka - Grandma" .

By Children's author written forty fairytales and about 200 poems for children. Collection of fairy tales, poems and legends of the writer, reprinted three times already. The most popular of the books of Dariya Dzhumageldinova are a success story "Yerkegali nicknamed nightmareboy", "Asel-jelly," "Fathers does not get divorced with children, "Excellent  pupil schoolgirl -plebeian little girl" and others. 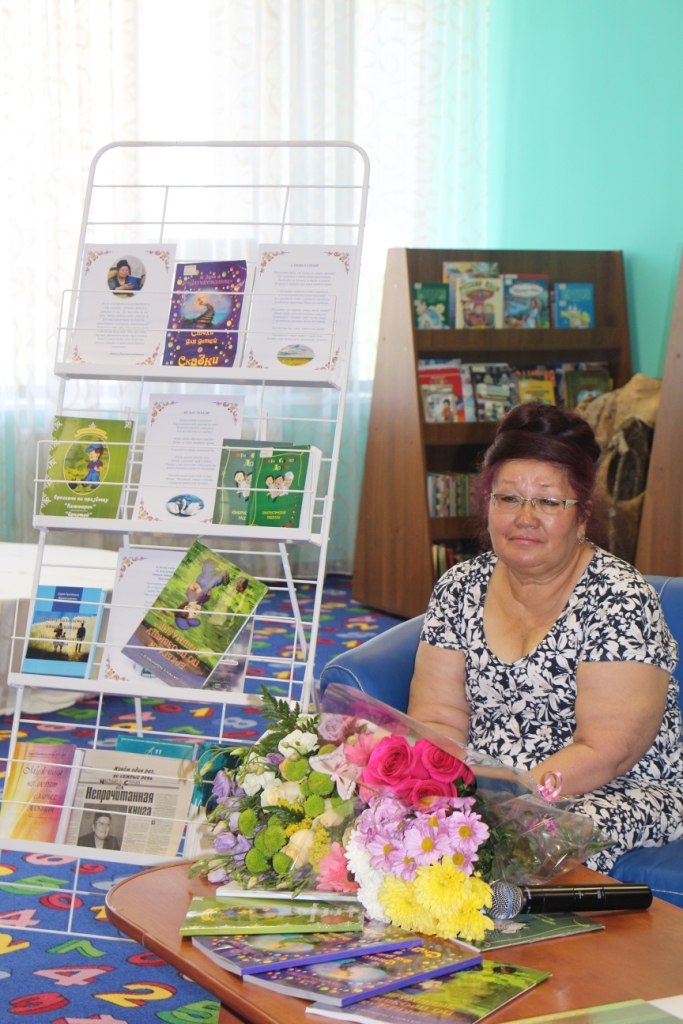 The evening was attended by representatives of the creative intelligentsia, children with parents, pupils and their teachers, the students and their lecturers, friends and family of the writer. And also all those who are interested in the literary work of of Dariya Dzhumageldinova.

How herself shared withg us  Dariya Tukenovna Dzhumageldinova, she works in nine literary genres.  She began to writewith the advent of grandchildren. She is now completing a detective " Richhie Kazakh Major" is a new genre for the writer. 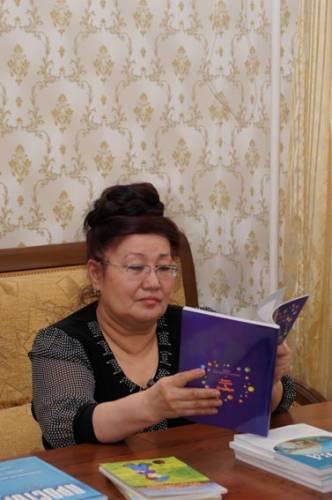 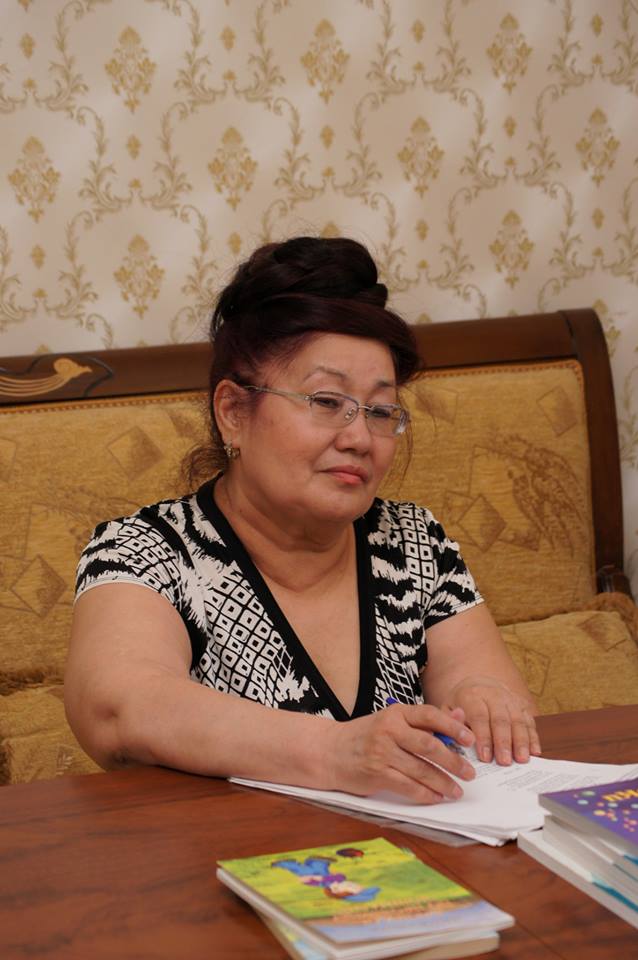