Home LITERARY PROCESS LITERARY NEWS The future can be happy: Ivan Efremov and his “Тум... 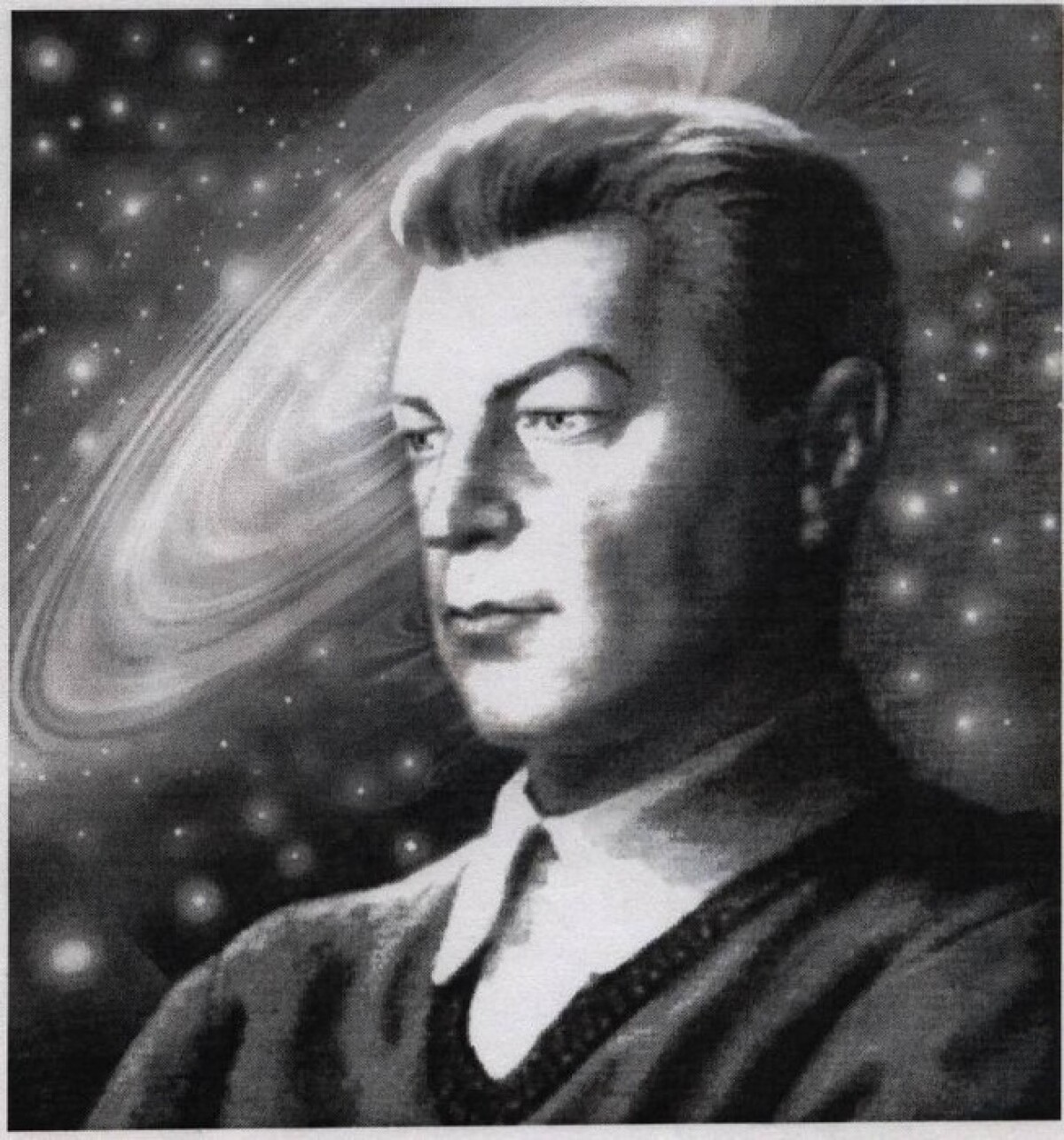 On January 5, 1957 in the first issue of the magazine “The equipment — youth” has begun the publication of the novel of Ivan Efremov "Tumannost Andromedy" (“The Fog of Andromeds”) — landmark in development of the Soviet fantasy. Even opponents of communistic ideology called this work “a successful utopia of the future”. And the Soviet readers — “the unprecedented novel”.

However, why utopia? Some scientific and technical predictions of Ivan Efremov from this and other books became reality. For example, discovery of the field of diamonds in Yakutia, mercury ores on Southern Altai, the e-book reader, three-dimensional television, etc. However, reasonings on moral and ethical development of society, human values were a basis of creativity of Ivan Efremov. Not incidentally main science of the future in his books is history, and a ratio of a grief and pleasure a criterion of a level of development of a civilization.

Society of the future at Ivan Efremov doesn't exist within only one planet. And therefore it makes sense to cite the Soviet fantastic movie which has come out in 16 years after publication of “The Fog of Andromeds”. “Silence of doctor Ivens” is about Budimir Metalnikov's picture. “What does the first law of Earth say”? — the member of alien crew asks the terrestrial scientist. And hearing that there are no such laws, and people of Earth are divided by borders, social and ethnic barriers, with bitterness notes that Earth hasn't ripened for contacts with other civilizations yet. Ivan Efremov saw Earth as the general house. And, seemingly, he knew roads to it. Not incidentally action of novel happens during an era of the Great ring. Further follows it the era of the found hands. On Ivan Efremov's terminology, we remained in the era of the separated world.

It should be noted that so far the worst option of a social system described in the novel “Hour of the Bull” forbidden in Soviet period became reality from all social forecasts of Ivan Efremov. Someone has seen in her a caricature on the Soviet reality. Actually, Efremov wrote not about it. This novel — the prevention appeared in the late sixties the last century. He wrote about social and moral disaster on the planet Tormans in which reigns inferno, hell destroying and burning souls during lifetime. The writer spoke about “immorality explosion” which the greatest accident in the history in the form of widely extended technical monoculture “will follow“. The oligarchy reigns on Tormansa, the people have fight for a survival and trite mass culture. This picture, seemingly, now has lost long ago borders.

As for “The Fog of Andromeds”, this work which for many years was not just fantastic novel for readers in the USSR, and then and in Russia, and the moral guideline showing what can be the person at a reasonable society organization, self-discipline, the aspiration to development, is, seemingly, forgotten now or much “is boring and obscure”. At one of public forums in 2011 the famous Russian journalist applying for literacy and arbitration judgments, having heard expression “ideology of “The Fog of Andromeds”, long he couldn't calm down. Also he had publicly accused said it in inadequacy. And not because he doesn't love Ivan Efremov. But because he didn't read it. And the novel in his understanding is something from Space. Somewhere away. And about the novel he, obviously, never also heard.

It is possible that Efremov never met in modern society people, in accuracy similar to heroes of “The Fog of Andromeds”, such as Gift Wind, Mven Mas, Veda Kong or Evda Nal. But many lines to their people of his generation were clear, close, distinguishable in crowd and forced to improve themselves and world around. By the way, Ivan Efremov never varnished the Soviet reality. Subjects of repressions, crime, moral defects sound in the books devoted modern to him to the period. And as echoes — in the future. Not incidentally, in “The Fog of Andromeds” of one of problems of education at schools counteraction to similar is. Destiny of the scientist Mven Mas (“The Fog of Andromeds”) who for the sake of ethically doubtful, but bright discovery has put at risk of life of those who helped him — an example of how similar problems will be solved in the future. Mven Mas regrets the act, voluntarily leaves in exile on the Island of Oblivion — a shelter for those who wish to disappear from society or to live being guided only by personal desires and passions. From further degradation he is rescued by love and a sense of responsibility before the people who have trusted in him.

In “The Fog of Andromeds” there are several subject lines. Space travel of heroes will be interesting to the fan of a fantasy, those who are interested in history will find in the book a lot of new of this field of knowledge. In the book there are descriptions of pedagogics of the future which have caused in Soviet period it is a lot of discussions, as well as a subject of a family and relationship of the man and woman. Efremov has all system of life and work of mankind will be in the future arranged quite so that the person could derive pleasure and pleasure. A dangerous mental symptom in Ivan Efremov's understanding is loss of interest in life. The indifference according to Efremov is an illness symptom too.

As for the author of work — Ivan Antonovich Efremov, the scientist-paleontologist, the creator of the new scientific direction — a tafonomiya, the writer and the philosopher, his personality and life still remain a riddle. Ivan Efremov's ideas so advanced time in which he lived that already during lifetime there were persistent rumors that Efremov is the alien, the Indian yogi, etc. In any case, the person possessing extraordinary abilities. Really, there is a lot of such heroes in his works. But dissimilarity and originality of thinking have drawn attention to Ivan Efremov and so-called competent authorities. Ivan Efremov has died on October 5, 1972, and in a month after his death in the apartment of the writer the staff of the USSR has carried out a search. Upon death criminal case which has been stopped on March 4, 1974 has been opened. And it is one more secret of Ivan Efremov.