Home LITERARY PROCESS The GREAT NAMES of the GREAT STEPPE The World of Mukhtar Auezov – a point of view of a... 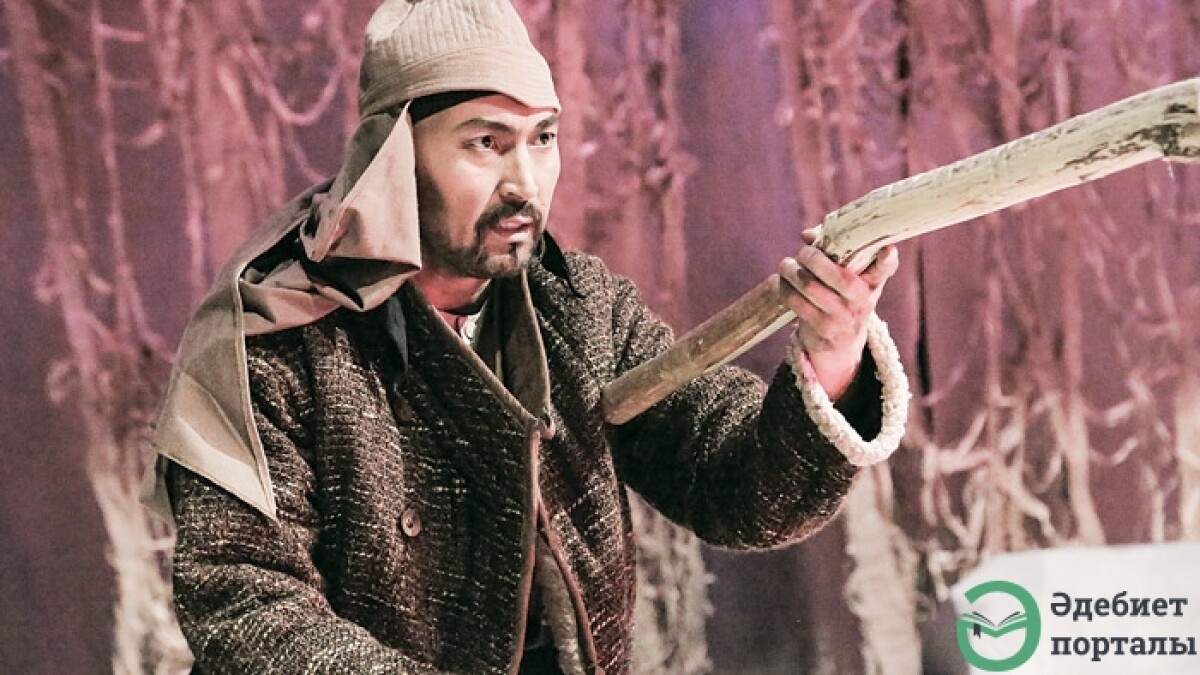 Today I would like to present to the readers a book by the diplomat, orientalist, researcher and publicist Mukhtar Karibay under a title “Restless wavy world”.

This book tells about the life of the outstanding Qazaq writer Mukhtar Auezov from the point of view of the author. In particular, he writes that the period of creativity of Mukhtar Auezov fell on a difficult period of history.

The rhythm of changes was so fast that it was difficult to manage to determine your active сitizenship, to be sure of your political views and to defend them.

Exactly at that moment Mukhtar Auezov appeared on the scene as one of the founders of the “Alash” Party. The party was aimed to make the country independent.

An excerpt from the book of the diplomat “Restless wavy world”: ‘how the civil position of Mukhtar Auezov was determined and his political opinion was formed can be understood only in the context of the world around him and the events, took place on the political arena that influenced this world’.

Mukhtar Auezov was a very brave man for his time, although he was called ‘a rich man’, ‘a representative of the Alashorda’ party’.

A diplomat about this side of the writer says: ‘If you do not make a conclusion, Mukhtar Auezov’s Open letter is one of the pages of his dramatic life. It is a historical document, which makes us to understand in what a difficult situation the Qazaq intelligentsia and, in general, the Qazaq people lived in the 20th century’.

The letter was presented to the public as if the cruel ideology of the Soviet government was treated one-sidedly, strong people who fought for the independence of the country were shown to be completely broken, defeated by the Soviet power.

And yet, his works, his way of life serve as an example of the struggle for ideals and dreams. They have unusual power and spirituality.

The diplomat very clearly shows that although the supporters of Soviet literature accepted Mukhtar Auezov as their colleague, they still considered him a ‘stranger’.

The author notes that Mukhtar Auezov, tired after writing an Open letter in his works, including “The Event on Qarash-Qarash” (in Russian, “Shot at the Pass”) and “Orphan's Share” (in another translation, “Fate of the Defenseless”) raises human problems such as humanism, the fight against injustice, desire for independence and justice. The fate of the heroes of his immortal works is inextricably linked with following these ideals.

In the work of Mukhtar Auezov “The Event on Qarash-Qarash” there is an episode in which a service bullet from a gunfire kills the volost governor. The diplomat suggests the following thought: he believes that the service bullet that kills the volost governor is a bullet of revenge, representing itself an answer to all the bad, injustice and greed, cruelty, atrocities, and the criminal actions that accompany them.

Modern history and what is happening in society shows that what you do with another can happen to you. This is called ‘a boomerang law’. A person must learn the lessons of the past, make an analysis of the events happening to him today and take appropriate measures.

If it were not so, who can guarantee that the ‘Last Day of Pompeii’ would not happen again?

Mukhtar Karibay says with regard to this statement: “What happened in Baktygul’s family, namely, to endure the cruel, inhuman injustice, which his family had in the work “The Event on Qarash-Qarash” can happen at any time anywhere in the world. Therefore, we strongly believe that the works of Mukhtar Auezov are great.”

Naturally here appears a question why did this happen to Baktygul? And the answer is clear: the disappearance of the institution of ‘biis’ everywhere, respected by the people and the appearance of greedy, fallen volost governors (volost governors came to the Qazaq steppe together with the Soviet power) led to this disastrous result. (The institute of ‘biis’ is inherent only for traditional Qazaq society, in the XV-XVIII centuries it possessed the main judicial authority)

In the article of the researcher Mukhtar Karibay “The Orphan's Share - A Sorrow, not to be forgotten”, we see the method of generalization and separation.

The author examines the fate of a person or a family in the context of the whole nation. The 20-year-old Mukhtar Auezov in the sad story "The Orphan's Share" shows us the tragic image of a society that fell to the very bottom on an example of one family. The society is ruled by treachery, greediness and ordinary people have a tough life.

Developing this topic further, the researcher talks about shaping the fate of defenseless poor people who are tired of the colonial policy: ‘In fact, defenseless in the work of Mukhtar Auezov's “The Orphan's Share” is not Gaziza, her blind mother and elderly grandmother, but the people and society, tired of colonialism, brought to extreme poverty and despair’.

I would like to emphasize that the people of Qazaqstan should appreciate and they really appreciate highly their Independence! May it always be so ...

The greatness of the great poet is the relevance of the topics he touches upon in his works, the problems that he raises and the goals that he sets in them. All these make the greatness of Mukhtar Auezov.

The researcher emphasizes that Mukhtar Auezov warns that the state cannot develop and keep pace with the advanced countries if chaos, violence and arbitrariness, cruelty, envy reign in it. And I completely agree with this statement.

English version is prepeared on the basis of Qazaq language version